Horn of Africa in Light of International and Regional Rivalry 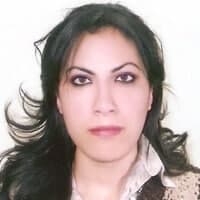 The Horn of Africa has become one of the most vital regions in the world, which made it subject to the ambitions of international and regional powers, and an arena for competition to obtain its economic benefits and take advantage of its geostrategic position, in addition to expansion of the outlets of their military presence in the region, with the use of political, economic or military pressure. This resulted in the fragility of security as a result of the growing sources of threat affecting the region, which led to expansion of wars and conflicts and a rise in frequency of terrorism and piracy crimes.

The study attempts to shed light on the significance of the Horn of Africa geographically and economically in light of the development of international and regional competition and the repercussions on the stability of the region. The study is divided into three axes. The first axis is devoted to explaining the conceptual framework and the importance of the region; the second will deal with the context of international influence in the Horn of Africa, and the third axis addresses the regional competition of some Middle Eastern countries on the region.